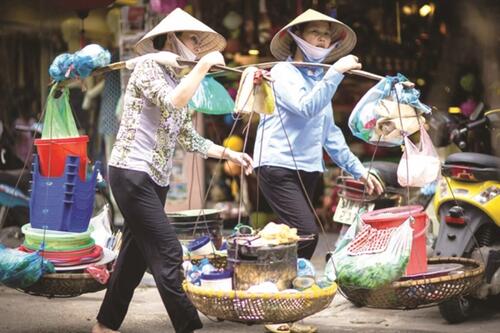 The article from Việt Nam News, “Gender roles in Family Key to Improving Equality”, discusses how women still face unequal gender roles within family dynamics, and argues that changing this is the key to combatting gender inequality. The article focuses on findings from an international scientific conference titled, “Gender Roles in the Modern Family”. The conference centered around ways to balance gendered participation in housework, empower women in childcare, and promote gender equality in the family. There is an emphasis throughout the piece on family as the key unit of society, unchanged by shifts in gender roles. Dương Kim Anh, the deputy director of the Việt Nam Women’s Academy, says that although there have been improvements in the balancing of gendered participation in housework and other gender roles, there are also still a lot inequality, including gendered stereotypes and gender-based violence that are detrimental to family development.

The way this conference centers discussions of gender equality around the family and household work provides an interesting contrast to Western ideas of gender equality and emphasizes the importance the Vietnamese place on family as the most important unit in society. Western discussions of gender equality, while they do include the happenings of the domestic sphere, are more commonly focused on economic aspects like the wage gap and representation in business, politics, and fields. Evaluating shares of time spent participating in housework is rarely used as a gage of gender equality in Western society, but in a society that places more value on family obligation and development, it makes more sense as a metric. This piece encourages consideration of how societal values affect the way we think about and discuss social issues, including but certainly not limited to gender equality. It’s obvious that they do not completely dictate conversations, even in this article there is mention of gender equality in other realms such as labor and policy, but they do seem to shift the center of discussion and the way public appeals are made.